There is some evidence to suggest that ladies cricket has been played in Carlow for more than a century. We know definitely that ladies cricket was played in the 1930’s but it was not until comparatively recently that a ladies club side was established and the first formal game played. In both Bagenalstown and Carlow the ladies have been interested spectators, scorers and loyal supporters, so they decided to play as well! As Katherine Whitehorn said in an “Observer” article “such action as there is, always happens the moment you look away, even if you’ve stared boss-eyed at the pitch for 50 minutes before”. Let’s face it, if you’re playing you are less likely to miss the action.

The inaugural game was arranged between sides representing Carlow and Bagenalstown to be played at the McGrath Park, Bagenalstown on June 28, 1978. Technical assistance was available on both sides; Harold Stevenson and Paddy Curran supporting the home side, Paul O’Gorman and Frank Whyte the victors. The Carlow side made 30 runs in their allotted 20 overs, however Bagenalstown were to emerge as the victors (victressess!). 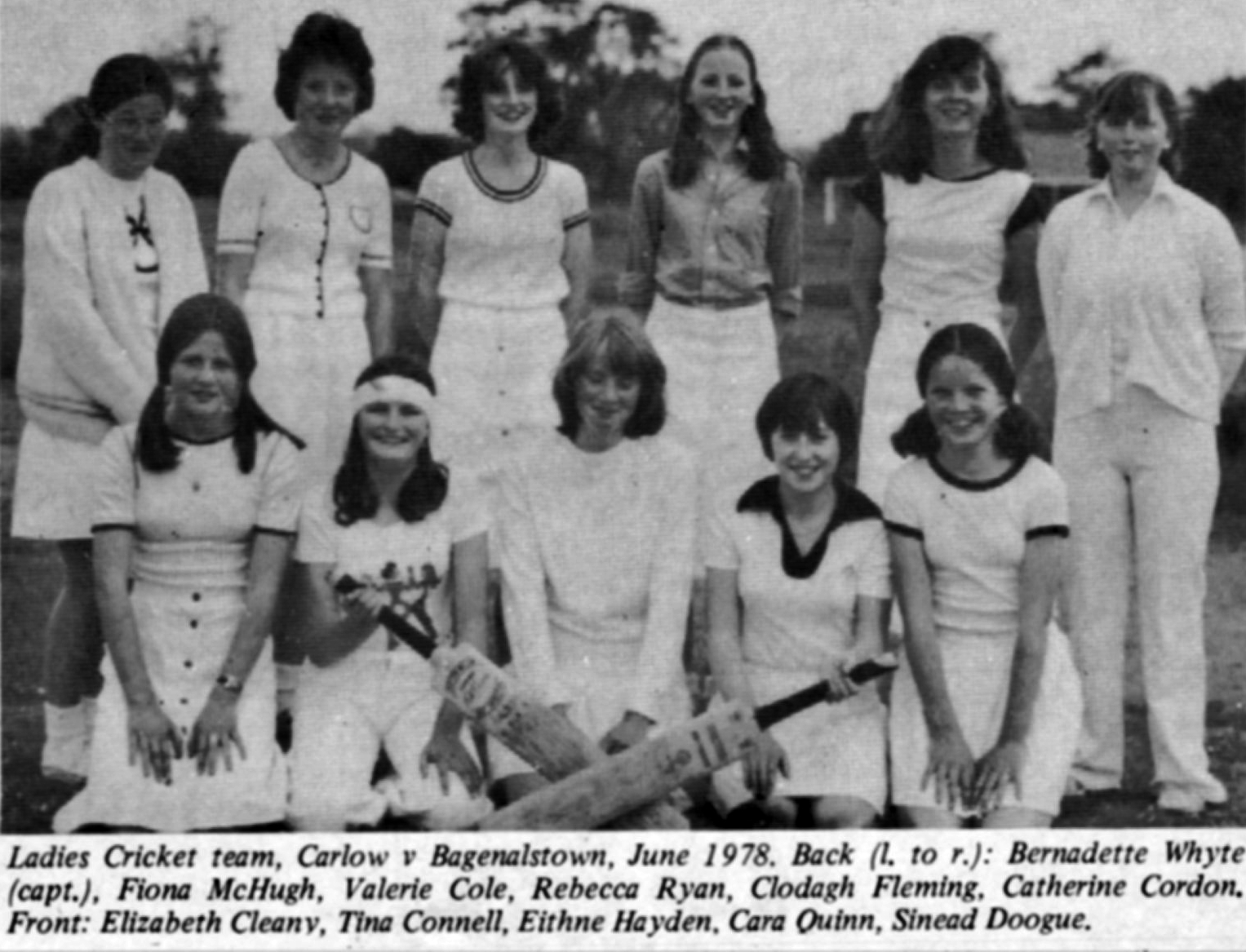 Carlow the following seasons were to play games against the following notable sides, Kings Hospital, Kilkenny College, Clontarf, Railway Union and Leinster. The Carlow side was frequently made up of players from both Carlow clubs.

The Carlow Cricket Club is an integral part of the Country Carlow football club. This is indicated in the crest worn by the ladies team which was created for the club by the Carlow designer and playing member Myra Hadden which is a design based on the football club colours, black and amber.

As to the future of ladies cricket one can only guess but no doubt the game will be continued to be played especially as today the game is seen more widely on the television screen. Some of the Carlow girls have shown considerable ability, one might mention Myra and the Stevenson sisters in particular, but hopefully the nucleus for a successful club will emerge from the present players.