Carlow Cricket Club officially launched its jerseys for the 2021 and 2022 cricket seasons on August 20.

The club’s new patron, Fr Conn Ó Maoldhomhnaign who is also the president of Carlow College, St. Patrick’s, inaugurated the launch of the jerseys at the college ground where the club is based.

The sponsors of the jerseys and members of the club were present at the ceremony.

“We just want to thank all our sponsors and our patron Fr Conn. We have two different sponsors for two different shirts. We also have our own club’s involvement in the design of the jerseys. We encourage everyone to wear them when playing cricket and when not playing to support the team,” said Lorraine O’Brien, the Child Officer of the club during the launch of the jerseys.

The club’s in-house design team has conceptualised and designed the two jerseys which reflect the colour and identity of Carlow and that of diversity of the club.

The Women’s Team, the Social Team and the Youth Team wear the jersey sponsored by Kehoe Auctioneers and GS Cricket, while the first, second and third teams don the jersey supported by Carlow County Development Partnership, GS Cricket, Paddy The Turk Barbers and XL Pollerton Carlow. 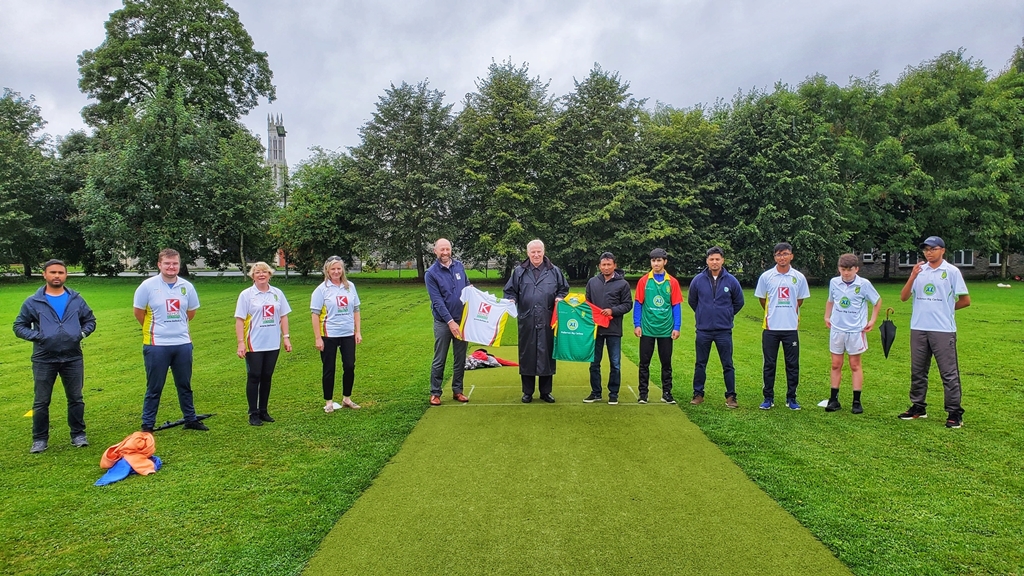 “Carlow County Development Partnership has been privileged to work with our Rohingya community over the past 12 years. With a remit for social inclusion and community development, CCDP have worked hand in hand with the community to develop creative and sustainable intercultural projects and activities. Our Rohingya community has greatly enriched our country in many ways including putting Carlow Cricket Club back on the map.

“We are delighted to be able to support the club. We are also really looking forward to the rise of the new girls teams,” expressed Annette Fox, CEO of Carlow County Development Partnership. CCDP is the longest sponsor of the club providing transportation and other means of support essential for the development of the club.

Chairperson of the club Mohammed Rafique re-emphasises the club’s aspiration for diversity and inclusiveness, “Since the revival of the club in 2011 and subsequently joining Cricket Leinster in 2015, Carlow Cricket Club moves forwards with inclusiveness, diversity and development as local communities, institutions and sponsors pour out their supports for which we are extremely thankful and honoured. The new jerseys will represent the spirit of local communities and supporters.”